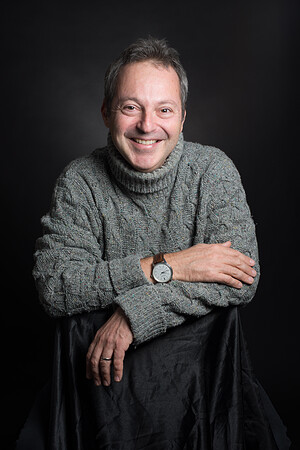 After quietly working on it for more than five years, Nimrod Borenstein has unveiled one of his most ambitious projects - perhaps one of the most ambitious composing feats of our day - The 24 Piano Etudes Project. Inspired by Chopin's monumental achievement with his landmark two-dozen piano etudes, Borenstein has embarked on his own, each etude a self-contained piece - most (so far) written for and even modelled on different pianists - yet fitting into the wider scope of the project.

"Chopin used his piano etudes as a way to try out different techniques and even different sound-worlds, while they comprise a fantastic body of work in their own right," says Borenstein, "So as a project it has both an artistic and a practical value - but it's a mammoth challenge. An etude by its nature may be short in length, yet take a long time to compose. To reach 24, therefore, will be the work of years - but that is actually as it should be, because as you mature and progress through life, there will be new ideas, new techniques I will want to work through in etudes. The project's very longevity is partly what makes it all the more worth doing."

Borenstein has launched a dedicated page on his website (http://www.borensteinarts.com/24_Etudes.php), intended as a study resource for pianists, at the quarter-point of the project. The webpage includes performance videos of the six etudes that have so far been performed, alongside illustrated talks on each from the composer, and links to the scores. As each new etude is performed and filmed during the coming months and years, Borenstein will add 'its' talk and upload it to the webpage.

The six etudes that have so far debuted were performed between 2014 and 2019, as far afield as the Salle Gaveau in Paris, the National Opera Center Recital Hall in New York, Classica in Ashiya City, Japan, as well as in Italy, China, and at the 2019 International Hong Kong Piano Competition (where all 15 semi-finalists performed the Méphisto Étude, commissioned by the competition).

Borenstein has already completed a further six of the etudes, with premieres planned for Jerusalem, the UK, USA, Japan, Brazil, Italy, Israel and elsewhere as and when the COVID-19 situation permits. And next year, in 2021, the dedicatee of his Etude No 8, the British-Vietnamese pianist Tra Nguyen will record and release the first 12 Etudes, for the Naxos Group's label, Grand Piano.