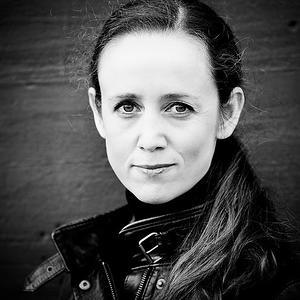 Cottis: getting with the now

Jessica Cottis has always believed in balancing core classical repertoire with seeking out the best of today's new music, and more, that both are vital for audiences and musicians alike. Immediately following her great success with one of the most ambitious new works of the decade, The Gallipoli Symphony in Turkey and Australia, Jessica Cottis gave a stirring address as keynote speaker at the British Composer Awards, held at the British Film Insitute in London on 9th December. Here is the edited text of that speech:-

"Good evening all, it’s somewhat strange for me to be standing in front of so many expectant yet instrumentless people. Conductors generally get on best if they wave their arms around a lot and say very little...I’ve always found the announcement of the British Composer Awards shortlist to be an exciting time, and this year particularly so: it’s a thrilling list of nominees. What we will see and hear this evening represents and provides an overview of the abundant variety of composing talent working in Britain today. Here, thanks to you and the sterling work of BASCA and the support of the PRS Foundation, new music is rightfully in the spotlight.

The clip showing as I walked onto stage was taken from the Australian premiere of The Gallipoli Symphony, just last month. A decade in the making, this new work has been one of the most ambitious new music projects ever to come out of Australia. It was commissioned by the Australian government and written by 11 composers from Turkey, New Zealand and Australia - they all wrote one movement each - and commemorates the centenary of the disastrous Gallipoli Campaign of the First World War; a campaign which cost the lives of some 57,000 Australian, British, French and New Zealand troops and an estimated 87,000 Ottoman Turks. At least 300,000 men - on both sides - were seriously wounded. The piece is a war requiem of sorts, and although it describes the unfathomable misery of this conflict it also reflects our collective hope of today: that of friendship and of peace between nations. In the last movement, the soloists, who play traditional instruments from all three countries, come together with full orchestra and choir. For the first time the different scalic systems properly coalesce. They all play out individually but together, united in a common harmony.

After the performance a teenager came up to me and blurted out that she’d become teary a number of times throughout. It was the first classical music concert she’d ever attended. She hadn’t really known what to expect. I asked her what it was about the music that she found so powerful. Her answer was, simply: ‘I’ve never felt sound in that way before. It really made me think, but mostly it made me use my ears in a way I’ve not done before’.

I was blown away by this. Here, through the performance of an hour and half of new music, this young woman, who’d never attended a classical music concert before and was there only on account of her parents, had had her mind, her ears, and her heart opened to a new way of understanding. Her words completely reaffirmed my belief in the power of new music to communicate in a way that transcends any language or any synthetic knowledge.

It’s clear to me from this tiny experience, and from many other similar occasions, that new music can hold a central role within our society. For me, it carries an even more profound position than the canon of western classical music, and that’s because it is living and breathing, it’s alive. New music is of the now, and therefore is it inevitably about now.

With disillusionment in our world becoming more widespread, with our government launching airstrikes in Syria, and with Europe continuing to struggle to develop a coherent response to the biggest displacement of people in a generation, it seems to me that new music matters more than ever.

For anyone who might see classical music as an extra, as a luxury, I appreciate this might seem quite a leap. We all know the arguments: it’s all down to priorities...music doesn’t feed our children, music doesn’t build hospitals, music doesn’t stop wars.

But what priorities? Of course, I’m not saying we shouldn’t build hospitals or look after those less fortunate than ourselves, but there has been a steady erosion of arts funding over the years due to an insecurity about the role of music in our society, and because — as with many issues in the world today — there’s a problem with our values: as Jeanette Winterson recently said, we tend to value profit over people.

I wonder then, what is the rate of exchange for new music? I thought perhaps it could be measured in energy. When we listen to music, our attention is initially directed inwards: the clamour of the outside world just has to wait. And as we withdraw our focus from everything else around us, music has a potency which can reach deep within us with an energy entirely of its own. It’s as though, as Francis Bacon once said about art, it circumnavigates the brain and appeals directly to our senses. Even if it is music for music’s sake, even if we don’t believe in it, it has the potential to alight in us those truths that often lie dampened under the demands of real life. It can confront us and challenge us, open and stretch our minds. The very act of listening becomes re-charging, not in the sense of taking a holiday, but in terms of an energy that can be truly transformative. We return to the ordinary world, far richer.

We mustn’t allow this art form to stagnate. Once lost, it’s impossible to replace.

New music simply isn’t relevant in the same way if it becomes an historical artifact. As a conductor, I have a responsibility to commission, programme and to perform new music. There’s just no excuse not to: not only do I find contemporary music endlessly fascinating, conducting the music of our own time guides me to discover anew the relevance, excitement and sense of adventure of the music of the past. It’s as though Beethoven, Berlioz, Wagner and the rest become again the music of the present. I’m sure the same is possible for audiences, too. Even someone who states that they only want to hear Mozart is likely to get more out of that composer’s music if they venture away to other styles and have the possibility to make connections.

It’s tough. From a recent PRS commissioning survey we’ve learnt that not only are there fewer commissions available to composers, but there often is not enough understanding of the time needed to create a work and rehearse it properly. Strong artistic leadership is paramount. No matter what side of the house is in government, new music needs to be supported and nurtured in order to grow and remain relevant to our time. We need more of it on our televisions, more of it taught in our schools, more opportunities and more role models for minority groups within the industry, and more access provided for people from all backgrounds to attend concerts or to experience new music with the help of technology. From my work in the UK, in Europe and back in Australia, I see over and over again audiences hungry for new experiences, new sounds, and new ways seeing and hearing the world they live in.

You composers, along with performing musicians, use your brilliance to touch the lives of those around you through music. It’s important that we acknowledge that you are vital agents of change in our communities: as creators, teachers and cultural leaders, and tonight I would like us to celebrate your work. Proust was right when he wrote that through art alone are we able to get outside ourselves and begin to know how other people might see the world. You allow these possibilities: you make us think, you open our eyes, you help us listen, understand ourselves better, make us question, surprise us with new sounds, and bring us together. In times of peace or strife, we all need these alternatives."

Named one of the UK's "five young conductors to watch" by The Independent newspaper and "one of the big hopes for change" by the Sydney Morning Herald, Jessica Cottis recently finished her tenure as Assistant Conductor at the Sydney Symphony Orchestra, first to Vladimir Ashkenazy and then to David Robertson. Previously she has assisted Donald Runnicles at the BBC Scottish Symphony Orchestra, Charles Dutoit with the Royal Philharmonic Orchestra and Michael Tilson Thomas with the San Francisco Symphony. Before all of which, the Royal Academy of Music graduate was taught by Sir Colin Davis.

Since launching her guest conducting career, Jessica has been much in demand and has conducted at the Sydney Symphony Orchestra, the Queensland Symphony, BBC Scottish Symphony, London Philharmonic, BBC Philharmonic, New Zealand Symphony, Bit20 Ensemble, BBC National Orchestra of Wales; Scottish Opera, the Edinburgh Festival, the Aldeburgh Festival and elsewhere. She balances popular core classical repertoire with contemporary music - she is the principal conductor of Glasgow's New Music Expedition - and outreach and educational work (for the Queensland Symphony, the UK's National Youth Orchestra and others).

Other high-profile achievements include conducting an all-female composers programme in Cardiff for International Women's Day and the Women Of The World Orchestra at London's Royal Festival Hall, and founding London's Bloomsbury Opera. She has appeared on various broadcast outlets, including as conducting mentor to presenter Jenni Murray on a Radio "Woman's Hour" special (BBC Radio 4) and in a similar capacity to DJ Trevor Nelson in BBC Two Television's series "Maestro at the Opera". She has broadcast on the subjects of Brahms and of Verdi, both for Radio 4.

She has conducted world-class soloists such as Sarah Chang, Kathryn Stott, Nikolai Demidenko and Nicola Benedetti, and was recently made Associate Member of the Royal Academy of Music (ARAM).