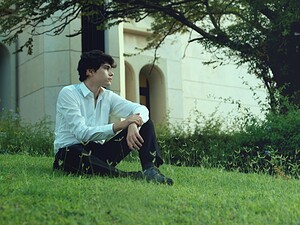 * The new season comes after a summer in which Borrow will make his first appearances at, variously, the BBC Proms (with the BBC Symphony Orchestra), Ruhr Piano Festival and Schloss Nymphenburg

Tom's 2022-23 season will begin in early October with a debut at the Baltimore Symphony Orchestra, playing Mozart's Piano Concerto No.24 under conductor Peter Oundjian. Another debut follows immediately afterwards, with Mozart's Piano Concerto No.23, alongside the English Chamber Orchestra and conductor Joseph Wolfe, with performances in Sheffield and at London's Cadogan Hall. He then returns to Italy (where he last appeared with the Santa Cecilia Orchestra and Semyon Bychkov) for recitals including the Societa dei Concerti di Bolzano, returning to Spain for a debut with the Real Filharmonia de Galicia - his first performances of Rachmaninov's Piano Concerto No.3, under Music Director Paul Daniel.

Yet another debut brings him back to Italy, for Mozart with the Orchestra Sinfonica di Milano (formerly 'La Verdi') under Principal Guest Conductor Jaume Santonja. January 2023 sees Tom's debut with the Atlanta Symphony Orchestra under conductor Kazeem Abdullah. His next debut then comes in March, when he plays Rachmaninov with the London Philharmonic Orchestra under conductor Patrick Hahn. A series of high-profile recital debuts then follows with the Vancouver Recital Society, London's Wigmore Hall, Amsterdam Concertgebouw and the Berlin Konzerthaus, as well as the Teatro Petruzzelli in Bari, and Klasseek Lausanne.

The season will also see him make return visits to, among others, the Czech Philharmonic with conductor Maxim Emelyanychev, the Ochestre National du Capitole du Toulouse with Robert Trevino, Haifa Symphony Orchestra with Louis Gorelik, and the Israel Camerata Jerusalem with Noam Zur. A much-delayed (due to Covid) recording is planned, and there will be continued engagements as a BBC New Generation Artist, as well as in Sir Andras Schiff's 'Building Bridges' mobile series.

Borrow's performances last season attracted stunning reviews. After his US debut, with the Cleveland Orchestra, the Cleveland Plain Dealer enthused, "sensational...he captured the spirit of the work and the heart of a sizeable crowd in one fell swoop. In a world teeming with gifted pianists, Borrow stands out with a touch that’s both light and powerful, and supremely incandescent." He received a similar reception in his France debut, at the Piano Festival aux Jacobins, after which ResMusica named him "the revelation of the festival" and Diapason wrote, "He already has everything of a great...brought the audience to its knees."

Borrow is a graduate of the Buchmann-Mehta School of Music at Tel Aviv University, where he studied with Tomer Lev, and he was been mentored by Murray Perahia through the Jerusalem Music Centre's program for outstanding young musicians.