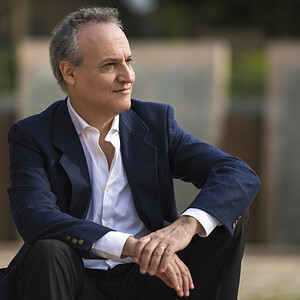 Pianist Tomer Lev makes the event with an album dedicated to Claude Debussy's Tombeau collective , which honors a whole series of composers who paid a brilliant musical homage to the great man. For this Naxos recording, Tomer Lev brings together his colleagues from the prestigious Buchmann-Mehta School of Music at Tel Aviv University for a landmark release.

How did the idea for this project Le Tombeau by Claude Debussy come about, which, by its concept and the artists it requires, goes off the beaten track?

"It all started 27 years ago, long before most of us dreamed of the Internet ... I was a young PhD student in New York City and, out of endless curiosity, I started browsing through rich archives of the 'Big Apple' to search for rare pieces of the repertoire for my instrument, the piano.

Back then, 'rummaging' meant becoming a real detective and hunting with bare hands, endlessly walking through dusty and deserted hallways to rummage through countless shelves ... It was quite an adventure, almost like a spiritual journey.

During this research, I was surprised to find a number of common works, written by several composers and commissioned for special occasions. This relatively rare 'corner' of the repertoire intrigued me, as I found these collective compositions to be fascinating mirrors of the times and places in which they were composed. This then became part of my official doctoral research and I even included some of these pieces in my doctoral recitals.

In 1993, I found at the New York Public Library the December 1920 issue of the Parisian review La Revue Musicale, dedicated to the memory of Claude Debussy. Attached to this issue was a small, faded score of Claude Debussy's Tomb. To my astonishment, I had before me a composition specially commissioned from Ravel, Stravinsky, Bartók, Satie, Falla, Dukas and others. It was immensely exciting for me to study this score, and soon after, I performed the eight piano pieces from the anthology in my graduation recital. This recital was followed by a performance, still at the piano, for Swiss Radio a year later.

Since then, I have dreamed of creating an album from this rare collection, and on all instruments originally specified, for one of the major music labels. But the dreams of young people are often put aside, because 'real life' takes a lot of their time and energy, as it did for this big dream.

A few years ago, I realized that we were approaching the 100th anniversary of the composition of the Tomb: a sign to enter 'now or never' mode. After a contact with Naxos via my friend and colleague from BMSM, the cellist Dmitry Yablonsky who participates in the recording, I presented my dream to them and I found great partners to carry out this long awaited project!"