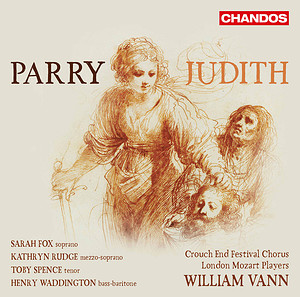 In this world-premiere recording of Parry's 'Judith', Sarah performs alongside Kathryn Rudge, Toby Spence and Henry Waddington with the London Mozart Players under William Vann.

Although popular in Parry's lifetime, 'Judith' lay forgotten after the composer's death. Following its first London performance for over 130 years, in 2019, Parry’s neglected oratorio has been given its premiere recording on Chandos and is garnering rave reviews, featuring as Gramophone's Editor's Choice in its most recent issue.